Prepare to adventure in the most epic full scale multiplayer 3D RPG for mobile! Experience amazing detailed graphics in full HD. The battle of immortals has begun. Choose your side.

FEATURES:
* Choose single or multiplayer mode. Team up with a friend and experience co-op multiplayer. Tag team creatures and fight alongside each other while solving quests or PvP duel to the death
* 100% open world. Complete free roaming. Go anywhere at anytime. Full 3D freedom of movement including 360 degree swimming and flight. Fight on land or battle in the air
* Fully customize your character in with unique detail
* Own pets that fight by your side in battle
* A variety of weapons, armor and items to choose from
* Detailed side quests and challenging bosses to defeat
* Advanced combat system featuring deadly melee combos, multiple ranged weapons and powerful magic attacks
* Real day and night. true in-Game cycle of night and day on a 24 hour based time system. For every 24 minutes that the Game is played, a full night and day cycle of 24 hours passes in the game world
* Advanced weather systems including heavy rainfall, snow, thunder and lighting
* Balanced economy system. Visit shops. Buy and sell items
* Customizable hot keys. Arrange skills in any order
* 3 slots for multiple saved games and multiple characters
* Multiple language support: English, French, German, Spanish, Russian, Portuguese, Japanese, Simplified Chinese, Korean

From the creators of “Earth and Legend” and “Crusade Of Destiny”. 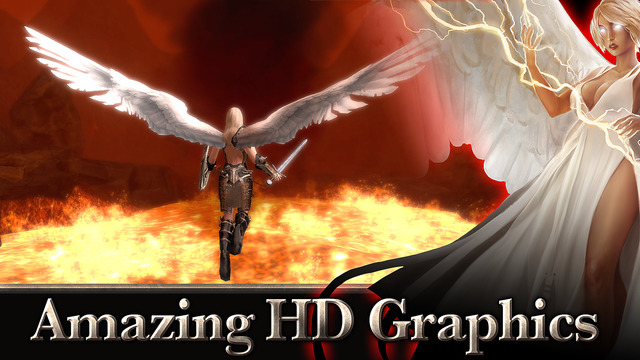 I don't strive to be #1, but to be the only one.
@AppleGuider
Previous FL Studio Mobile HD v2.5.1 for iPad
Next The Walking Dead: Road to Survival For iPhone,iPad,iPod touch