The Bloons are back and this time they mean business! Build awesome towers, choose your favorite upgrades, hire cool new Special Agents, and pop every last invading Bloon in the best ever version of the most popular tower defense series in history.

And that’s just the beginning – regular planned updates will keep Bloons TD 5 fresh, fun, and challenging for many months to come. Now it’s time to pop some Bloons!

Remember to save to iCloud after each victory or purchase to save your progress.

Do you have what it takes to become the ultimate Bloons master? Prove it with the brand new Masteries mode!

The Bloons are now tougher than ever so you’d better bring your A game. There’s double rewards, increased Monkey Lab research, and 5 new exclusive medals per map to be won in this ultimate challenge.

Exclusive for iPhone 6S and iPhone 6S Plus: We’ve also added Force Touch support. Just push hard on any tower with an ability to activate it immediately! You can also force touch a tower in the sidebar to instantly show it’s upgrades. 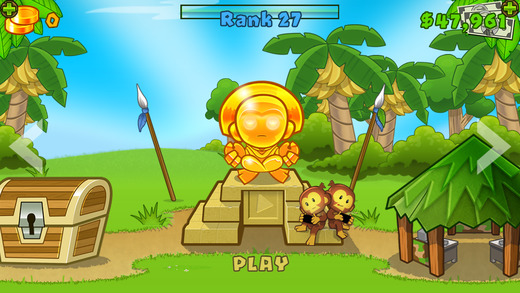 iOS Cracker. Contributor on iPlayPlus.net. Crackalicious = 1 in a Billion!!!! Versatility is the name of the game - I enjoy DJ'ing and I am a long-term established DJ playing various styles of dance music, as well as enjoying the role of moderating on various sites and being owner of others. Having benefited from the work of others in the iOS scene, I thought I would dive on in and help by giving back to the community. If I can make a difference to someone then it's been worth the while. Feel free to add me as a friend on Twitter.
@2Crackalicious
Previous Neo Monsters v1.2.3 For iPhone,iPad,iPod touch
Next Fantasy Premier League 2015/16 – Official App v2.0.5 For iPhone,iPad,iPod touch