Leo’s Fortune is a platform adventure Game where you hunt down the cunning and mysterious thief that stole your gold. Beautifully hand-crafted levels bring the story of Leo to life in this epic adventure.

“I just returned home to find all my gold has been stolen! For some devious purpose, the thief has dropped pieces of my gold like breadcrumbs through the woods. Despite this pickle of a trap, I am left with no choice but to follow the trail. Whatever lies ahead, I must recover my fortune.” -Leopold

VOYAGE through lush environments from mossy forests and arid deserts, to pirate cities and snowy mountains.

FOLLOW the trail of gold and uncover the truth behind Leo’s stolen fortune.

Finish Leo’s Fortune to Unlock Hard-core Mode: try to beat the whole game without dying to unlock a special prize! Compete with your Game Center friends to beat as many levels as you can in the fastest time possible.

An internet connection prior to the start of level 7 will be necessary to complete the download of app data for Leo’s Fortune. 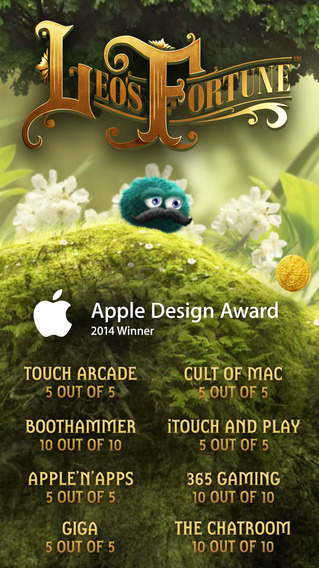 I don't strive to be #1, but to be the only one.
@AppleGuider
Previous AVPlayerHD 2.5 IPA For iPad
Next Call of Mini: Zombies v4.3.7 Hack [Unlimited Money+Ammo+Weapons]