If you are reading this, you are already dead. There is no App Store, there is no iPhone and there is no game called Papa Sangre. They are all lies. Do not trust your eyes, they deceive you. To get back to the other side you must follow your instincts and fight for your life.

Papa Sangre II is a survival horror game told entirely through sound. It starts at your inevitable end. You are dead, and must hunt for memories from the deceased to get back to the other side. Trapped in the peculiar afterlife of Papa Sangre, your guide is the voice of Sean Bean (Lord of the Rings, Game of Thrones). Death for you is just the beginning.

Key features:
* An innovative and truly immersive “audio only” survival horror game.
* Starring the voice of Sean Bean (Game of Thrones, Lord of the Rings)
* Explore the all-new world of Papa Sangre II and enter his Museum of Memories
* 18 levels of cinema-quality 3D sound design – you won’t believe your ears
* Fully accessible and simple to use interface
* Powered by the most immersive and impressive graphics technology you’ll ever experience: your mind
* You will be running from monsters, avoiding traps and shooting ducks. All guided by audio only

Papa Sangre II is available in English language only.

Praise for Papa Sangre II:
* “It appealed to me because it seemed unique, something different from the regular games out there. Rather more surreal.” – Sean Bean, Actor (from interview with The Verge)
* 92% MetaCritic Score.
* “An experience that’s brimming with inventive ways to use the audio-focused format.” – The Verge
* “Incredibly immersive. This world is full of crackly, weird, unsettling noises, and all of them seem to be within reach.” – The Guardian
* “There’s so much to experience here, players will be unable to put it down.” – 148 Apps (4.5 / 5 + Editor’s Choice)
* “An incredibly immersive audio adventure that will make you feel like you’ve died and gone to… somewhere else.” – SlideToPlay (4/4)
* “A brilliantly realised audio adventure, Papa Sangre II is a creepy masterpiece” – PocketGamer (9/10 + Gold Award)
* “Building on its predecessor’s creepy legacy, Papa Sangre II’s surreal sonic delights make it a must-play” – AppSpy (5/5)
* “The concept is so smart and so well executed stylistically that you really feel drawn into something different.” – The Independent
* “If you’re into new novel games, then this will really do it for you.” – SkyNews
* “I’ve just tested it out on my mum she loved it I’ve never seen her smile so much!” – Midlife Gamer (The author’s mother is blind) 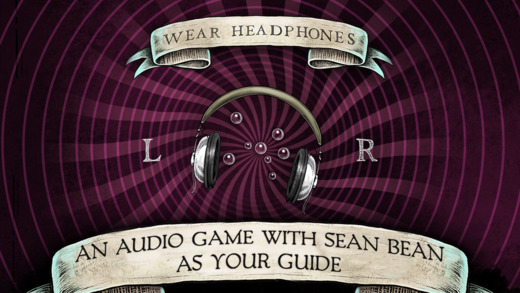 iOS Cracker. Contributor on iPlayPlus.net. Crackalicious = 1 in a Billion!!!! Versatility is the name of the game - I enjoy DJ'ing and I am a long-term established DJ playing various styles of dance music, as well as enjoying the role of moderating on various sites and being owner of others. Having benefited from the work of others in the iOS scene, I thought I would dive on in and help by giving back to the community. If I can make a difference to someone then it's been worth the while. Feel free to add me as a friend on Twitter.
@2Crackalicious
Previous Pocket Anatomy For iPhone,iPad,iPod touch
Next Octodad: Dadliest Catch v1.0.15 For iPhone,iPad,iPod touch