It’s “Clash of the Titans!” Or, rather, “Clash of the Pygmies and Landians!” In cooperation with Bolt Creative, Nine Tales Digital brings you a new spin on their popular Desert Ashes turn-based strategy Game, guest starring a powerful Pygmy army defending their territory. The Desert Ashes Landians have passed through a magical portal to the remote islands of Pocket God. The Landians’ victory over the indigenous Pygmies isn’t as assured as they think. Even with their futuristic weapons, the Landians face a resourceful foe armed with spears… who are in turn allies with head-hurling zombies and sharks shooting laser beams!

Play as single player with over 10 hours of Game play, or as multiplayer with unlimited play! Level up your army and become Lord of the Pygmies! 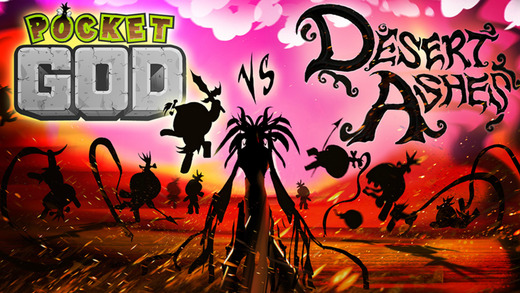 I don't strive to be #1, but to be the only one.
@AppleGuider
Previous TurboCAD Pro v8.0.4 – 2D/3D realistic rendering precision drawing solution.
Next Microsoft Office 2016 For Mac v15.13.1 – Popular productivity suite.