Red Game Without A Great Name for iPhone,iPad,iPod touch

The mechanical bird is flying through an unfriendly, Steampunk world. Help it avoid obstacles and deadly traps using its teleportation ability while picking up power-ups. Grab as many gears as you can to fully clear the level.

STORY AND UNIQUE ARSTYLE
The mechanical bird is a messenger carrying a secret message through a dangerous land in a Steampunk world that is very unfriendly to its inhabitants. Help him get through 60 levels full of deadly traps. Be wary of barbed wire, spikes, and moving objects, like windmill blades.

RESPONSIVE CONTROLS
The bird is flying by itself. You need to teleport in order to avoid obstacles and get to the end of each level. Touch the bird with your finger, swipe to the place you want to teleport it to, and release.

AUTONOMOUS CAMERA MOVEMENT
The camera moves independently, scrolling through the level at a constant pace. Don’t let it loose you from its sight!

CHANGING THE DIRECTION OF MOVEMENT
The steam coming out of cracked pipes changes the direction of the bird’s movement. It can be very dangerous, but you can also use it to your advantage. Rotating the bird is the key to success.

THREE POWER-UPS
There are three power-ups that help you get through the level:
Wallcrusher – break through walls for a short time
Shield – become invulnerable for a moment
Turbo – the bird speeds up. Be careful, as this can be a double-edged sword

NO HIDDEN PAYMENTS
There are no in-app purchases, nor pay-to-win elements. 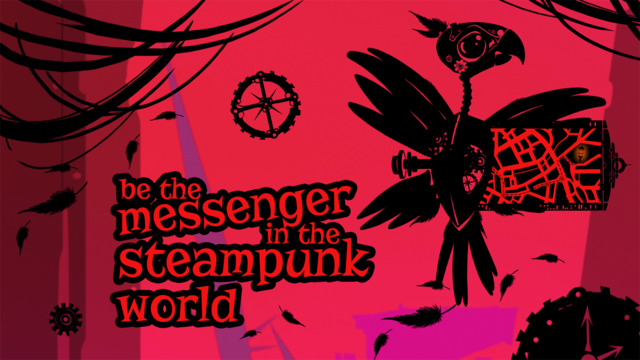