Warhammer 40,000: Deathwatch: Tyranid Invasion is a turn-based strategy Game, set on the edge of Imperial space, where your Space Marines will take on the Tyranids in a series of tactical engagements. From war ravaged cities, to the insides of Tyranid bio-ships, the missions will see your Kill Team rise in strength and skill as you face ever greater threats and peril.

FIGHT: Embark on a journey to save the sector from the alien threat. Battle through 40 missions and smash your enemies.

LEVEL UP: Gain experience points on missions and spend them on your Space Marines to Unlock powerful skills and abilities.

This game requires an iPhone 5, iPad 4, iPad Mini 2 or better.

– Marine names can now no longer be set to blank.
– Fixed edge case instances in card packs where Tier 2 equipment wasn’t being given.
– Chainswords now with 100% more ‘vvvrrrrrrrrrrrrrrrrrrrrrrr’ sound effects
– Fixed an issue which was causing Card Pack purchases to not save, causing packs to be lost.
– Marines can no longer ’walk’ into each other pushing each other off tiles.
– iPod 6th Gen support

Thank you for your time and support,
The Rodeo Games Team 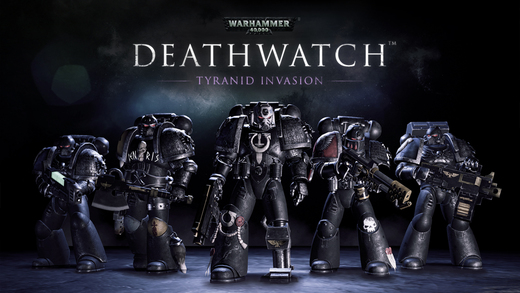 I don't strive to be #1, but to be the only one.
@AppleGuider
Previous PAC-MAN 256 – Endless Arcade Maze For iPhone,iPad,iPod touch
Next Bloons TD 5 HD v2.17.2 For iPad